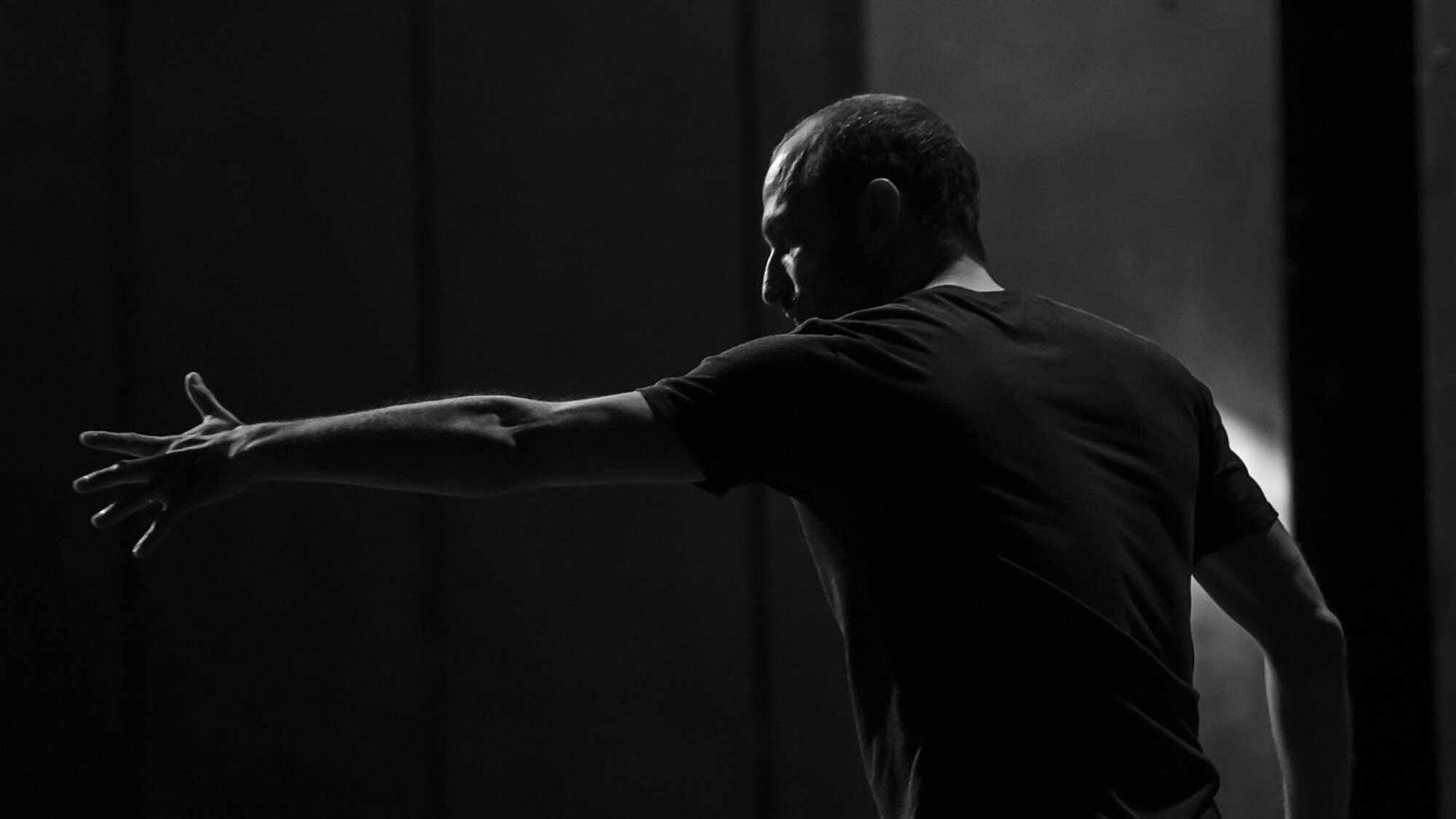 Internationally sought-after choreographer Jiří Bubeníček enjoyed enormous acclaim over his almost 25-year career as one of the world’s top ballet dancers. Musicality, athleticism, suppleness, an unparalleled technique and his instinctive sense of character turned him into an international star. During his time with the Hamburg Ballet, John Neumeier created numerous roles for him, the most legendary being “Nijinsky”. Following his engagement from 1993-2006 (from 1997 as principal), Jiří Bubeníček went to Dresden to take up the position of principal with the Semperoper Ballet. There he performed countless choreographies by Petipa, Fokine, Balanchine, McMillan, Cranko, Kylián, Inger, Forsythe, Dawson, Celis and the Dresden ballet director Aaron S. Watkin until his departure in 2015. Guest appearances took him around the world. Particularly memorable were his engagements at the Ballet de l’Opéra de Paris where he partnered the leading ballerinas of the age in the “Lady of the Camellias”. In 2002 he was awarded the “Benois de la Danse” for his interpretation of Armand. His many other prizes include the “Espèces” of the Prix de Lausanne or the Mary Wigman Prize bestowed by the Semperoper.

Jiří Bubeníček created his first choreographies back in 1999 in the midst of his dancing career. From short scenes to abstract pieces to full-length narrative ballets, his current oeuvre of over 65 works is impressively large.

In particular, Jiří Bubeníček has established an outstanding reputation as a choreographic storyteller: his successful productions include “Anita Berber – Goddess of the Night” (2016), “Doctor Zhivago” (2016), “The Piano” (2018), “The Trial” (2019), “Cinderella” (2019) or "Romeo and Juliet" (2022). Amongst his many honours, the choreographer was awarded the “Europa in Danza” for his version of “Carmen” (2019) or “Boris Papandopulo” award for „Romeo and Juliet“ for the best ballet performance in the 2021/22 season. And, of course, Jiří Bubeníček is a familiar face in the international media through TV and DVD productions of his choreographies as well as those featuring him as a dancer. In addition to founding a touring company “Les Ballets Bubeníček” to perform own choreographies, Jiří Bubeníček is also socially engaged, striving to build bridges between diverse cultures. For these efforts, he was awarded the “Silver Medal of the City of Prague” in 2017, a very special accolade from his home city.

Full length ballet in two acts "SPARTACUS" inspired by Raffaello Giovagnoli’s Novel celebrated its premiere on January 27, 2023 with The Croatian National Ballet in Zagreb. Jiří Bubeníček together with Nadina Cojocaru wrote entirely a new libretto and newly re-arranged Aram Khachaturian's music according to the story. This anabled the birth of a completely new ballet with stage design created by Italian by Dario Gessati and Nadina Cojocaru was responsible for the costum design that included over 100 costumes.

January 27, 2023, "SPARTACUS" had its premiere at The Croatian National Ballet in Zagreb. On this occasion to celebrate this event, "SPARTACUS NFT", a unique collectible items representing this important moment in dance history was launched. NFT is a special type of cryptographic token which represents something unique, a piece of art that can be stored and collected, and can even increase its financial value. By owning this NFT, one is possessing a very unique electronic art souvenir and have forever a part of the performance. It is for the very first time a choreographer is using this new blockchain technology in dance field.

Theatre "Forum am Schlosspark" hosted The Croatian National Ballet in Rijeka with Shakespeare's immortal love story Romeo and Juliet. Jiří Bubeníček's interpretation takes place in a dream architecture reminiscent of atient ruins. The choreography was created in April 2022 and is now coming to Ludwigsburg. The German premiere  was on December 3 and 4, 2022.

The pre-production meeting of creators and the theater workshops began the preparation of the new ballet production "PROCES", which premiered in the first half of the new theater season 2022/2023.
Franz Kafka's "The Trial" had its world premiere in 2019 at the Royal Opera in Stockholm. Now, Czech choreographer and Director Jiří Bubeníček together with Costume Designer and Co-Director Nadina Cojocara and his brother, Stage Designer Otto Bubeníček brings this exiting performance to State theater in Košice. "Proces" celebrated it's second premiered in October 2022.

The "Tanz+Blau+Gelb Gala" at the "Lange Nacht der Kunst" is the first ballet gala that presents and highlights the skills of dance artists who had to leave their homeland due to the war in Ukraine. Various styles are presented, including new creation by Jiří Bubeníček for three Ukrainian ballerinas
Daryna Bulakovska, Irina Khandazhevskaya and Olga Posternak called "INTERLUDE", music by New York composer Karen LeFrak.
It is a cooperation between Praetorian Non-Profit Art and Health Consulting, the Dachverband Tanz Deutschland (DTD), the Federal German Ballet and Dance Theater Directors Conference (BBTK) and the Theater Gütersloh, supported by Theater in Gütersloh e.V. - At 7:00 p.m. and 8:30 p.m. at THEATER GÜTERSLOH, Hans-Werner-Henze Platz 1

May 27, 2022  Jiří Bubeníček and Nadina Cojocaru succesfully premiered a new full length story ballet William Shakespeare's play "ROMEO AND JULIET" especially created for the dance company at The Croatian National Theatre Ivan pl. Zajc in Rijeka. For stage design was responsible Aleksandra Ana Buković and costumes were created by designer Nadina Cojocaru.
The story is often thought to be about love and it’s power. But actually the audience fail to realise that the love is included in the piece only in few fragile moments of satisfaction. From the very beginning of the play it is very evident that violence will occur. Furthermore the needlessness of the deaths in society especially since it all happens a lot amongst youth.

Jiří Bubeníček became for the season 2021/2022 a House Choreographer of the The Croatian National Theatre Ivan pl. Zajc in Rijeka. His full lenght ballet W. Shakespeare's master piece "Romeo and Juliet" had its premiere in April 2022.

Forgotten buildings in Saxony are brought back to life through music and dance. In the virtual spotlight, you will be connected to the whole world through music from 7 continents. Video concept by Nadina Cojocaru and choreography by Jiří Bubeníček.

Ravenna Festival celebrated 700th anniversary of an Italian poet Dante Alighieri with world ballet star Sergei Polunin's solo performance. Metànoia as a new creation of Dante's The Devine Comedy had its premiere on the 01.- 05.09.2021 at the Teatro Alighieri. Three choreographers were set to create each part. Jiří Bubeníček choreographed "PARADISO", the last part of the evening.

Jiří Bubeníček is currently studying at Palucca University of Dance Dresden the work-study Master's Degree  Programme Dance Teacher. The upcoming final two semesters will be the conclusion of this three-year enriching journey. 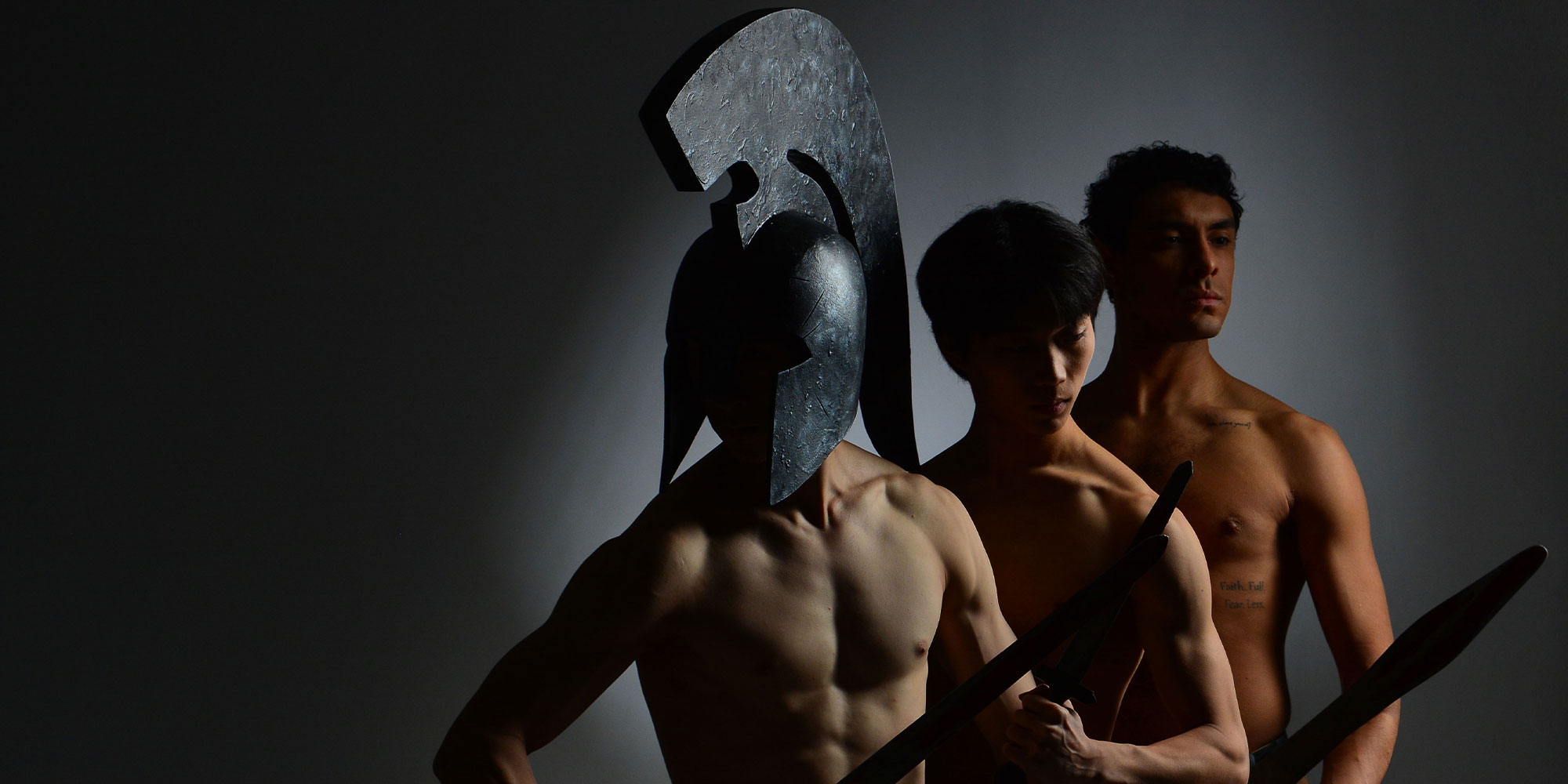